Healthcare of tomorrow: where the tech magic happens

Text by: Sammy Poon
Hong Kong’s population is rapidly ageing. By 2036, one in every three residents will be elderly according to the projections by the Census and Statistics Department. The ageing population has been fuelling demand for health facilities and things get worse as we battle the ongoing pandemic. As a result, technology seems to hold the key to building Hong Kong as a smart city – how can we solve the current shortage of health infrastructures through innovations? Previously specialising in building services and environmental engineering, Analogue Holdings Limited (Stock Code: 1977, together with its subsidiaries referred to as “ATAL Engineering Group” or “ATAL”) have been providing hospitals and medical institutions specialised engineering services since 2014. According to Victor Law, Managing Director of ATAL Engineering Group, they started out with small hospital projects but now their healthcare engineering team, drawing on years of experience, is able to take care of much larger projects – not just E&M alteration and addition works for hospitals under the Hospital Authority, but also new large-scale hospital projects.

The plans that ATAL is making for the future are even more ambitious. With a dedicated team on information, communications and building technologies (ICBT) , they will make use of new technologies such as information and communications technology (ICT), Internet of Things (IoT), artificial intelligence (AI) and big data to build the Internet of Medical Things (IoMT) to connect healthcare workers with all types of medical devices and applications.

Last year, ATAL was commissioned to provide a range of MEP installation services for over 300 units at the Penny’s Bay Quarantine Centre (Phase IV) on Lantau Island – from MVAC to electrical, ELV, fire services and plumbing. Tam Chun Kit, Chief Executive of Infrastructure and Healthcare Engineering at ATAL recalls that they were on a super tight schedule as Hong Kong was hit hard by a wave of epidemic at that time. “To buy time, all units were manufactured and built with the Modular Integrated Construction (MiC) method. The Building Information Modelling (BIM) and off-site prefabrication technology further allowed our team to manufacture the MEP and plumbing components in factories which were then transported to site and assembled in place. Thanks to these advanced technologies, we managed to finish everything in merely 45 days,” he says.

ATAL was also tasked to convert the city’s hospital wards into isolation units, providing one third of the total number of isolation beds in the city. Tam explains that isolation wards require a more complex system, such as negative pressure system and high efficiency particulate air (HEPA) filter units which usually take 150 days to install. But against all odds, the ATAL team again nailed it in just 80 days – right before the second wave broke out in March last year.

Apart from providing hospitals and medical facilities the urgently needed infrastructure, Tam says the pandemic has made the ATAL team think further on how they can contribute to the fight against coronavirus leveraging their experience in E&M engineering. The IoT smart washroom solution, for example, is one innovation that they have developed with such a vision. They easily turn washrooms in shopping malls into smart ones, with sensors to detect footfall and hygiene level in real time and to send notifications to cleaners through the ATAL self-developed management app when maintenance is needed. The technology-based product helps keep a washroom clean at all times, and the ATAL team is actively getting this smart hygiene solution into health facilities. 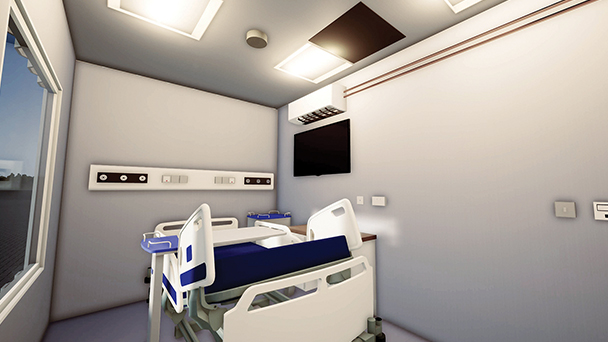 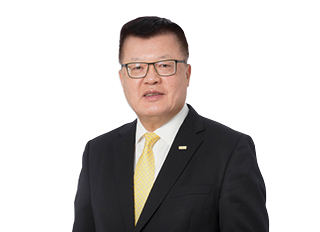 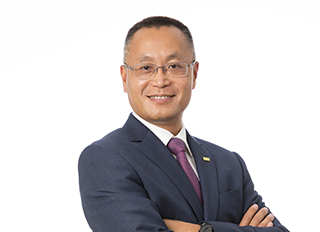 Tam Chun Kit, Chief Executive of Infrastructure and Healthcare Engineering at ATAL Engineering Group
Another innovation they have developed in response to the pandemic is a touchless elevator. Simply by installing motion-sensing infrared sensors passengers can make floor selection without having to touch any buttons.

In July this year, Chinachem Group and ATAL signed a Memorandum of Understanding (MoU) to foster collaboration on healthcare services. The two companies, leveraging their core competencies to achieve synergy, will together explore opportunities in areas such as medical tourism, telemedicine and IoMT-based systems. Looking forward, ATAL will focus on facility management services and further develop their technology-based solutions for other purposes, such as providing smart automation solutions for the elderly and disabled that are cost-effective and of quality, in the hope of creating a smarter, more inclusive future for all.